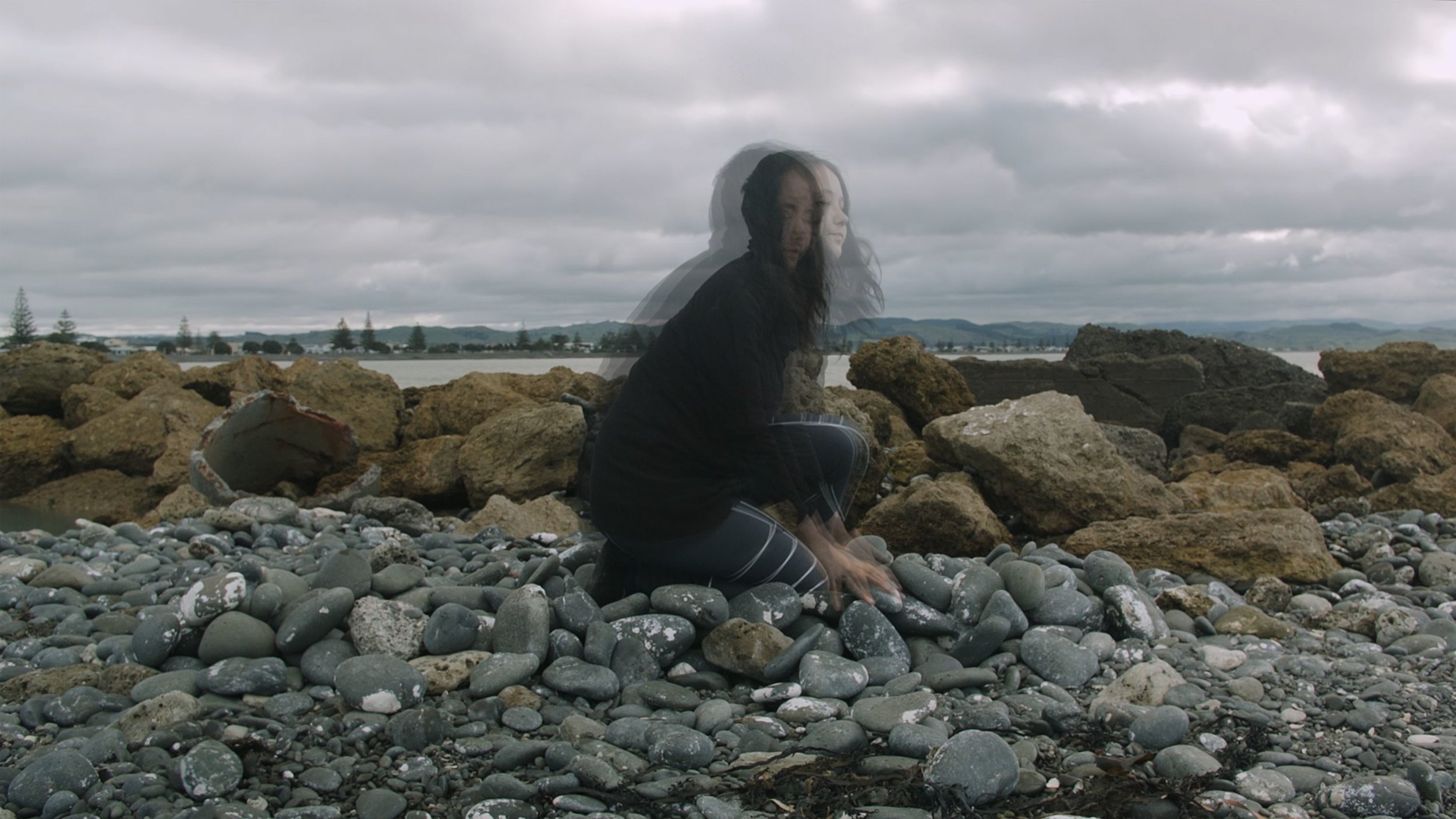 This piece was filmed at the 2018 Wairoa Māori Film Festival in Nukaha, Aotearoa / New Zealand. I had met Leo Koziol, the festival director, when he came to Regina for a partnership with mispon: a Celebration of Indigenous Filmmaking and Asinabka Festival. Our mutual friend Candy Fox encouraged me to send Gas Can to Wairoa for consideration, and Leo accepted the film and invited me to travel to Nukaka, Aotearoa/New Zealand to participate in a residency.

Inuk artist and filmmaker asinnajaq was the other participant of the residency, travelling with her film Three Thousand. After the festival proper ended, Leo left asinnajaq, her brother Nally, and me to explore Ahuriri on our own. asinnajaq found this rocky storm barrier by the sea which was perfect for her score. We had heard stories about poisonous sea urchins, and so this prairie settler and Inuit cautiously piled rocks on asinnajaq so she could emerge and complete the piece.

Back in Montreal / Tio'tia:ke, where asinnajaq was also based at the time, I edited a loop version of the footage for installations and later edited a screen-based version with her for ImagineNative 2019.

Whenever I see it, I am brought back to us jumping across boulders in the water with the camera gear.