Geek Girls: how do you build a documentary? 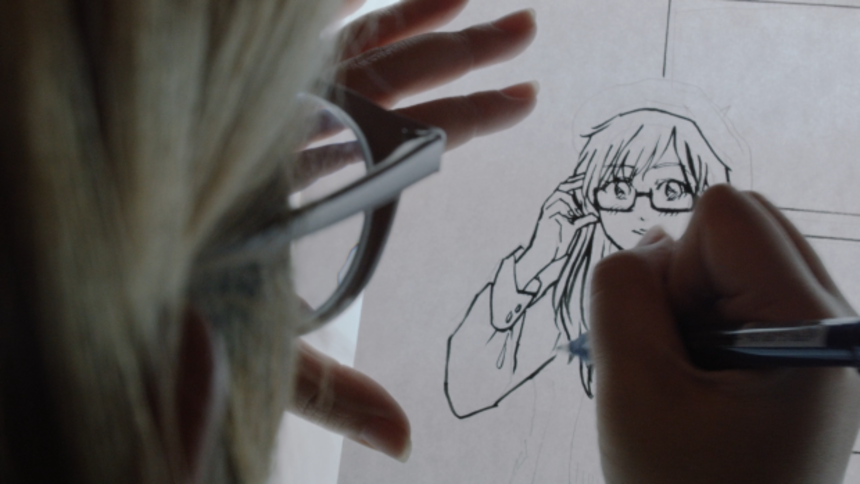 Looking back on Geek Girls; a journal from my side.

I first met Gina at a game jam hosted at TAG, the Technoculture Arts and Games research lab at Concordia, where she worked as adminstrator. I was deperate to be involved with games, somehow, and as a way in I asked her if they needed photos for the jam. She agreed, liked the photos and hired me as photographer and videographer for TAG's Flickr account (along with the wonderful Jinyoung Kim). This photographer/videographer role continued regularly for the next two years, before a personal project from Gina would take priority.

‍
In the fall of 2014, Gina approached me about this feature documentary film she was developing. At the time the movie was called "Otaku no Otaku," exploring geek culture writ large. She had already shot great footage at Otakuthon in Japan, but as the project advanced Gina realized she wanted to feature herself as a more active character in the film and needed a cinematographer she could trust and blend with her style. I of course said yes.
‍

Over 2015 we shot sporadically, learning about what the film wanted to be, and continued with earnest hope in 2016 as Gina pivoted the project into a micro-budget application for Telefilm's Talent to Watch program.

I can't remember when Gina officially changed the title to Geek Girls, but she had already refocused the documentary by the time I got on board. The way she explains it, the only folks who wrote back to her to do interviews were women and she came to realize this could actually be a wonderful opportunity. She was right.

Then in the summer of 2016, we learned Gina's Talent to Watch proposal was successful -- we could really make the movie! And I was going to get paid!

That summer and fall, Gina, producer Mike Massicotte, and myself travelled all over the US to shoot the film: Virgina Beach, VA; Austin, TX; Pasedena, CA; with a brief Toronto detour to shoot at FanExpo.

Afterwards, Gina returned to Japan for a final set of interviews. Our mutual friend Amelia Moses was in Tokyo at the same and I passed the cinematography baton to her -- I was done! It is rare that I act as cinematographer, and I have to say: it was nice to put your feet up after you wrap the shoot and leave editorial in the hands of a trusted director.

I think the thing that stays with me the most from this shoot was getting to work with Gina so closely and develop our own creative language. It's a great feeling going from the awkard: huh? "Why do you want me to shoot that?" you experience in the beginning, and end in a place where you're anticipating (and building on) each others instincts. Plus: our wonderful interviewees, and being able to compare Austin tacos to Los Angeles tacos.

Bleed With Me
No items found.